A special thank you to all who visited with us this year at Puppets Up!

This year Artelle Puppets celebrated our fifth consecutive year as a vendor at the Puppets Up festival, and we are very pleased to have had another great weekend! 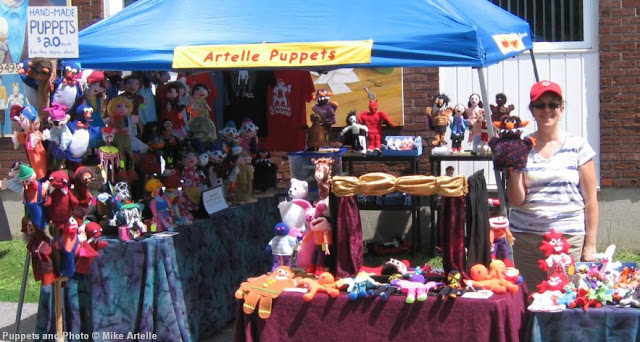 Here is Peggy Artelle with Georgie the Monster, one of our new puppets introduced at the festival.
Once again this year, we had many friendly faces stop by to take a look at our selection of hand made puppets, which has grown considerably since our first year in 2011. This year our booth was in a new location, only a few feet from our old one (we've moved from the front of the Post Office to the side). We also had a small puppet theatre for kids to try out, and we were pleased that it became a special photo opportunity for many families. We even had a photographer from the Ottawa Citizen take a photo at our puppet theatre, which can be seen here:
http://ottawacitizen.com/news/local-news/puppets-take-over-almonte-on-the-weekend-as-festival-enjoys-its-11th-year (look for the photo of the girl with the two snowman puppets) 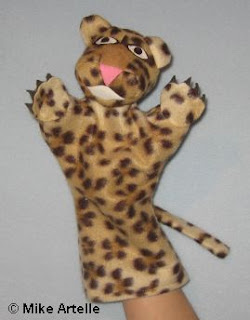 We also had a visit from a little girl who brought her favourite puppet with her, a leopard puppet that I made a few years back. (The prototype is shown above) She had named her puppet Shadow, and it was well played with which is wonderful to see. For me, seeing kids enjoy the puppets is what makes this all worth while! It really made my day! 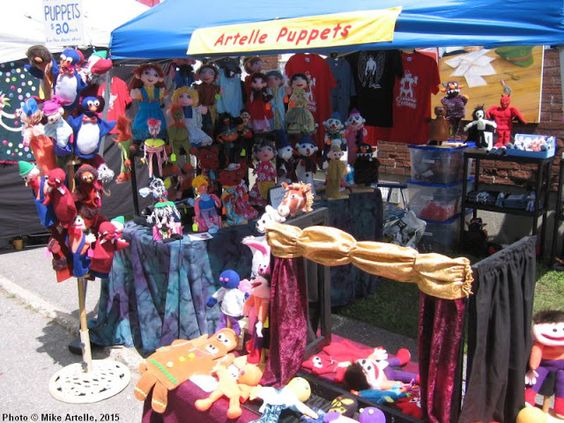 Our new booth location is right next to the Puppets Up parade route on Mill Street. Here's another view of our puppet display. It's always fun to watch people as they try out our puppets and have a good time, as having fun is what puppetry is all about! Thank you so much to everyone for stopping buy, and to the festival organizers, we had a great time!