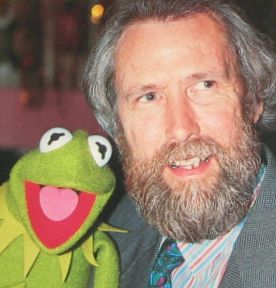 I have always been a fan of Jim Henson and the Muppets. When I was very young I had several Sesame Street puzzles and some of the original rubber finger puppets by Child Guidance. However, it wasn't until I saw The Muppet Show that I became completely hooked on Muppets for life and wanted to become a puppeteer. 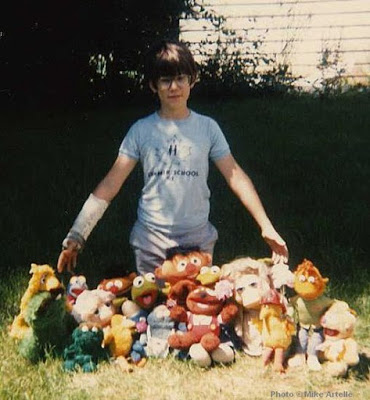 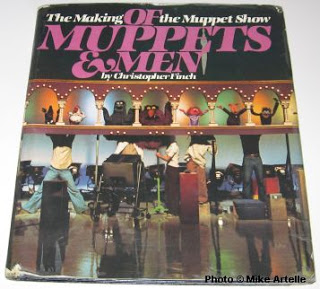 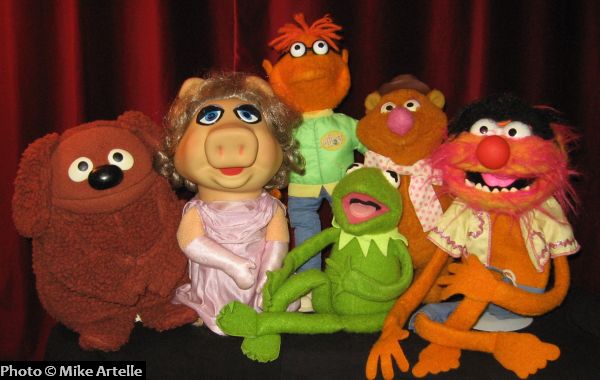 Here is the set of Muppet Show dolls and puppets made by Fisher-Price between 1976 and 1978. A mouth puppet of Kermit and Fozzie Bear were also made. These toys are largely responsible for what happened to me. That is, my transformation from a normal person into a fan of the Muppets.

I've been a collector of Muppet memorabilia since my childhood in the mid 1970's. In 1997 I started documenting my collection online in a special section of my personal website called Mikey's Muppet Memorabilia Museum (MMMM). Later around 2010 I transferred all of that information to the current blog site, which is entirely dedicated to my Muppet/Jim Henson collection.

In 2017 I celebrated 20 years of providing a resource for Muppet memorabilia info online! And I'm still at it! My blog site has played a significant role in fostering the online Muppet fandom community and a new generation of Muppet fans. MMMM is often used as a reference on Muppet discussion boards, while collectors and antique toy dealers all over the world have used the site to identify their Muppet collectables or to learn about the vast assortment of Muppet products that have been produced over the last 50 years.

This is a collage of Muppet toys that I created in Photoshop as the banner for my Muppet blog! 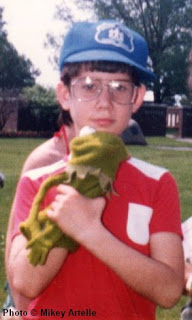 I can't imagine what the world would be like without the Muppets. When I think about growing up with Jim Henson's TV shows like Sesame Street, The Muppet Show and Fraggle Rock I realize how lucky kids of my generation were. What wonderfully imaginative programs these are to have as part of my childhood. We were spoiled! Very few TV shows today are made with the same attention to detail, or with characters that display the same amount of warmth and caring. Looking at the state of things today, the world needs more Muppets!!!

Someday I'll add more info to this blog about my idol Jim Henson. I've noticed that with all the blogging I do, and writing about puppeteers, Jim Henson is the one who I've actually written the least about. I think it's because I have such a high regard for the man and his genius that I get worried about what to say. What could I possibly add to the wealth of info available about Jim Henson that will be unique or useful? How could I possibly pay a suitable tribute to such an individual?
I never had the honour of meeting my idol. He died in 1990 when I was 16 years old. A little over a year and a half earlier, on Nov. 11, 1988, I was in Toronto to attend a puppet workshop being offered at the OPA Puppet Centre in nearby Willowdale, ON. Puppeteer Bob Stutt, who worked on Fraggle Rock and the Canadian version of Sesame Street, was instructing the workshop. Earlier that day he had been at the TV studio working with Jim Henson on The Jim Henson Hour which was recorded in Toronto. As such the closest I got to meeting my idol was to be in the same city. Had the logistics of that day been different perhaps I may have met him. I know many people, mostly puppeteers, who have worked with Jim Henson and I'm always glad to hear their stories of what that was like. It must have been quite magical!

In 1995 I finally got the opportunity to the visit the Jim Henson Productions office in New York, and shook Kermit's little froggy hand. My life's ultimate dream has been fulfilled!

Well, logically I now have to work towards meeting all of the other Muppets that have ever existed! During my 1995 visit to the Muppet Workshop I also saw Gonzo, the Muppet Newsman, Zoot and several chickens. I also got my photo take with Grover, who was visiting from Sesame Street! 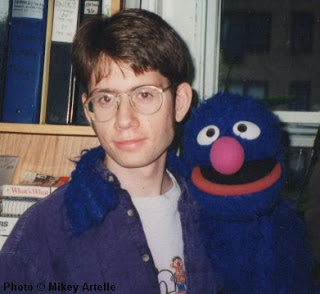 Hanging out with Sesame Street's Grover in 1995 at Jim Henson Productions in New York.

During the same trip I also visited the Sesame Street studio, which was more than awesome! All of the Muppet puppeteers and writers that I met while there were all super nice people. They made my Muppet dreams come true!!! At one point they passed around my book "Jim Henson the Works" and filled it with signatures which was very kind! Bruce Connelly even drew a picture of his character Barkley the Dog! During the lunch break from shooting, puppeteers Pam Arciero (Grundgetta) and Marty Robinson (Telly/Snuffleupagus) kindly bought me lunch in the studio's cafeteria which has a beautiful Sesame Street mural on the wall! The Sesame Muppets that I saw while I was there included Telly, Herry, Elmo, Grungetta, Zoe and my favourite Sesame character, the Count! I also saw Snuffy across the room hanging out in the studio. I'm very thankful to have had that opportunity. 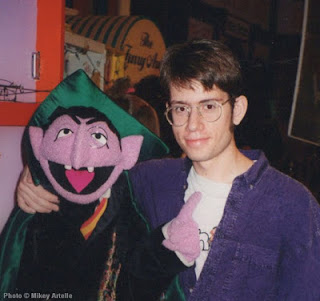 During a visit to the Sesame Street studio in 1995 I got to meet the Count!

Later on I went back to New York for a Muppet workshop instructed by Kevin Clash where I met several Fraggles. That was also very awesome! Before all of the above, in the summer of 1995 I saw Scooter at the Ballard Museum in Waterford, Connecticut. I was really happy to see Scooter as he's always been one of my favourite Muppets! Some friends of mine have joked that if I had a look alike Muppet it would be Scooter! I have no problem with that.

Much earlier at the beginning of the 1990's I had visited the Canadian Sesame Street studio in Toronto where I met the cast: Basil, Louis and Dodi along with puppeteers Tim Gosley, Pier Paquette, and Rob Mills. Bob Stutt was also there doing additional characters. (This was before he had taken over the role of Basil Bear from Tim Gosley). In 2001, the three main Canadian Sesame Muppets all paid a visit to the Museum of Civilization in Gatineau, Quebec (just across the bridge from Ottawa, Ontario) as part of a CBC children's television exhibit. Red and Mokey Fraggle were there too! After this exhibit closed, I saw the three Canadian Muppets hanging out at the CBC Museum in Toronto along with additional cast members Katie and Chaos the Cat.

Later on I had another awesome Muppet encounter in 2003 when I met Oscar the Grouch and his girlfriend Grundgetta. This was in Storrs, Connecticut during a Puppeteers of America festival. In addition to meeting Pam Arciero again I met puppeteer Caroll Spinney who performed Oscar and Big Bird. They did an impromptu performance together with their characters that was hilarious!

Perhaps someday down the road I'll have the chance to meet other Sesame characters, such as Ernie and Bert, as well as more of the Muppet Show gang. It would be especially awesome to see Animal. We'll see!!! 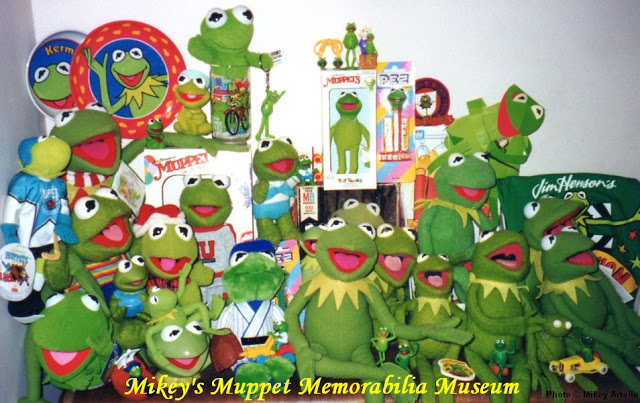 Some of the items from my Kermit the Frog collection!

Muppet Central The official site about everything "Muppet" just for Muppet fans http://www.muppetcentral.com/

The Muppets The official Disney website for the new movie http://disney.go.com/muppets/

Muppet Wiki Everything you ever wanted to know about the Muppets and the people who bring them to life! http://muppet.wikia.com/wiki/Muppet_Wiki

The Muppet Studio on You Tube http://www.youtube.com/user/MuppetsStudio

This link will take you back to the Home Page of this blog:
http://mikeyspuppetryblog.blogspot.ca/