Here is an awesome puppetry character collectable that I found at a thrift store a few years ago. It's a Muffy Mouse toy puppet, from the TV Ontario program Today's Special produced during the 1980's. The tag has a copyright date of 1990 and it says "Imported exclusively for TV Ontario". The dress is removable, and the body is stuffed just like a plush toy. I e-mailed puppeteer Nina Keogh who performed Muffy on the program, and she confirmed that Muffy was the only character from the show to be made as a toy puppet. Other Today's Special collectables that were offered include a child's wrist watch, a record album, and a set of six VHS videos. 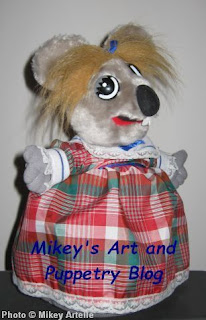 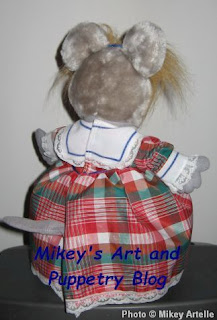 Below is a photo from Nina Keogh's website: http://www.ninakeogh.com It shows the original Muffy Mouse puppet wearing the dress that the toy puppet is based on. (Muffy had an extensive wardrobe and was seen on the show in many different outfits). Also in the photo are (L to R) Jeff Hyslop who played Jeff the mannequin, series creator and director Clive VanderBurgh, and puppeteer Nina Keogh. 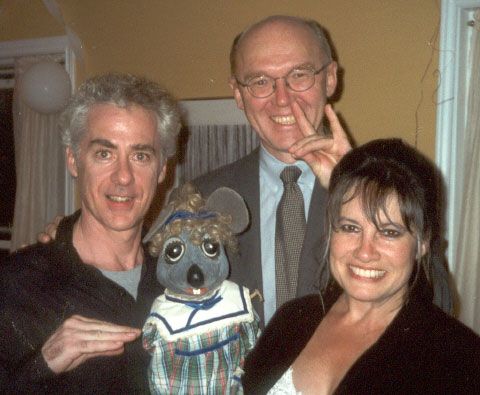 Posted by Mikey Artelle at 5:55 PM